Hevajra is one of the most prominent deities of Kapalika, Left hand tantra (vama marga), Aghora and Vajrayana tradition. He is a deity who is believed to tie the entire above mentioned sect into one garland of Rudra Tantra. Hevajra is considered to be one of the forms of Rudra as the word ‘Hevajra’ is nothing but a salutation to Mahakala Rudra in his vajra form.

Furthermore, Hevajra is a deity who like Vajra Yogini is also the deity of vama and tamas path combined. Hevajra basically is the amalgamation of vama marga (left hand path) and tamas marga.

The word ‘Hevajra’ is composed of two words, ‘He’ – salutation and ‘vajra’ denotes the epitome of vajra because the Mahakala’s body is believed to be made from six vajras. Hevajra is the manifestation of Mahakala. So, the word Hevajra denotes salutation to vajra and vajra means Mahakala Rudra because Hevajra manifested from his body.

As per ‘Siddha Dharma’, Hevajra is portrayed as a wrathful deity with blue color complexion. He is portrayed with his consort Nairatmya. He holds 16 skull cups and each skull cup contains divine animals and gods.

The Hevajra is portrayed with 8 heads and all of them radiate wrath. Their hairs are portrayed as flying upwards. Like other tantric deities, he wears the garland of 51 freshly severed heads.

As per ‘Siddha Dharma’, Hevajra is not portrayed with any shastra(scriptures) and ashtras (weapons) unlike other tantric deities. As per the philosophy of the Hevajra, the greatest shastra and ashtray is nothing but a human mind. Therefore, he is portrayed as holding 16 skulls.

As per “Siddha Dharma”, Hevajra’s left  hand’s khappar hold 7 skulls which has 7 divine animals in them. In the public domain, Hevajra is portrayed as having 7 animals in his skull cap which is plain wrong. The 7 animals are not animals at all. They are 7 avataras and divine personalities and they all represent the divine energy and powers related to their respective deities. The 7 divine animals are as follows:

Furthermore, Kalaratri is portayed as sleeping down on her back and Mahakala Rudra is portrayed as lying on the ground with the support of the abdomen and chest because  Hevajra and Vajra Yogini manifested when they had their respective position.

As per ‘Siddha Dharma’, Hevajra is portrayed as such with his consort Nairatmya so as to depict and insinuate that in the paintings,  the  aforementioned knowledges and spiritual powers of all those divine personalities are transferred to Hevajra through the his khappara  and through him, Nairatma receives it.

As per “Siddha Dharma”, Hevajra basically has four forms which are listed below.

As per “Siddha Dharma”, he is portrayed with two arms which holds a vajra and a khappara or a skull cup respectively. He is portrayed in dark blue with his consort Nairatma. Because of him having a vajra swaroop, he is also portrayed with khatvanga resting on his body which denotes his prowess and mastery over Vajrayana.

As per “Siddha Dharma”, he is portrayed with four hands, the two hands holding his consort Vajravarahi while the other two hands respectively holds a skull cup and a vajra. Khatvanga also is portrayed resting on his body.

As per “Siddha Dharma”, he is portrayed as Hevajra with 6 hands with three heads. The first two hands is portrayed as holding his consort, Vajrashrinkhala while the remaining 4 respectively hold vajra, knife, trident and a bell. He is also portrayed as standing on top of Mahakala Rudra’s heaps while the navel of Kalaratri.

As per “Siddha Dharma”, the Hridaya Hevajra is the Vajra that we refer commonly because this is the most advanced and sophisticated form of Hevajra which is greatly revered and mostly worshipped among the forms of Hevajra.

As per “Siddha Dharma”, there are some basics possessions of Hevajra and his practitioners. His practicioners should have in their possessions:

It denotes mastery over Vajrayana and also Vajra Yogini,

b) Trishula with Damaru

It denotes veer bhava and Shaiv tradition. The Damaru denotes the use of nada for the perfection of khappara.

The yantra is a mandatory possession for the Hevajra practioner because the yantra contains two opposite triangle to form a shatakona (six triangles.) This also denotes the meeting of kundalini of ones body in the khappar of the kapalika.

It denotes the brain of Kapalika, The skull cup is used as an instrument for drinking and eating purposes which is symbolic representation of drinking amrita from ones own sahastrahar kamal or crown chakra.

e) Narmunda with Moon on forehead

Hevajra like other tantric deity is also portrayed with a crescent moon on his forehead. The Narmunda depicts ones own head and moon on the forehead denotes the soma rasa or the amrita inside the head. Furthermore, the narmunda also symoolizes impermanence and death but with a moon on top denotes the mastery over death through soma rasa.

The origin story of Hevajra

As per ‘Siddha Dharma’, his origin is linked with the origin of Vajra Yogini. When Mahakala Rudra bent down to pose like a child crawling, his skins, flesh melted from his body and only his skeleton system was visible. From the skeletal system he manifests 6 vajra or the diamond jewel in the places where kundalini chakra are portrayed. The vajra also known as diamond jewel is so effulgent that it radiates light.

Therefore, they salute Mahakala Rudra as ‘He Vajra’ as a call for Mhakala Rudra to protect them from such effulgence. Simultaneously, Hevajra form also manifests from the body of Mahakala Rudra.

As per ‘Siddha Dharma’, Hevajra is a deity who is the highest deity of vama marga or the left hand path. Similarly he is also associated with the Kapalika therefore he holds Khappara in his hand. He is associated with Vajrayana as his name itself denotes the salutations of the Rishi/Munis while saluting Mahakala Rudra. Lastly, he is also an Aghora.

He is worshipped as the top most Kapalika because he exactly resembles the Kapalika but he differs with Kapalika while it comes to the path of perfection. The Kapalikas are only vama margi while he is the epitone of vama marga and tamas marga combined. Therefore, Hevajra is depicted as the biggest Kapali because of his mastery over other related disciplines.

He is also a topmost Aghora because Aghora is the path of tamas to perfection of Humans life. The Aghora tattwa adds the tamas path in the Hevajra practice.

He is portrayed as vama margi because he manifested when Mahakala Rudra and Kala Ratri were in their yogic union.

The ‘Siddha Dharma’ reveals that based on his attributes mentioned above, some of his core philosophies are:-

Mastery of the both material and spiritual world

As per ‘Siddha Dharma’ revelations, Hevajra is also a Kapali, therefore, he puts the mind before everything. The mind is the center of all cognitions and experiences. The world is possible only because of the mind and its judgment. Hevajra considers the mind to be greatest of all greatest astras (weapons) or shastras (wisdoms). Hevajra is a deity who knows how to make the best use of his sahasrar kamala and live the ultimate life or the life of Shiva.

Therefore, ‘Siddha Dharma’ portrays him with 16 skull cups or khappara denoting mastery of the mind. He is believed to drink the universal wisdoms related to different gods and deities and their power in him through his Khappara. Therefore, Kapala is the sole possession of Hevajra.

The joint path of body and mind

As per “Siddha Dharma”, the path of Hevjra is the joint path of body and mind too. Hevajra holds khappar which denotes his mastery over all his mind and brain. The brain and mind are one and the same. They are like two rungs of a same ladder. To have a healthy mind, one should have a healthy body because the body is controlled by the mind. In reverse, if one wants to control the mind then the body should be controlled first.

Secondly, if one only uses the mind but not the body then the body weakens and the weakening of the body is the path of death. If the Kapalika do not master their body through the wisdom form of Deha Kaushalam then sooner or later the Kapalika will have to deal with weak body which in turn will create a weak mind and they very purpose of Kapalika is then defeated. Therefore, “Siddha Dharma” advocates the mastery of body first and then the mind. If body is mastered then the khappar is also mastered.

As per “Siddha dharma”, the skepticism is the main weapon of Kapalika and Hevajra. The Hevajra practitioner should be a dire skeptic because they should not believe anything without their own experience. They are sceptic at core because for them everything is encircled within “ashta pasha”. Ashta Pasha are eight modes of perception which the mind perceives the world and the existence around. The Kapalikas are sceptics to the whole sense information as well as everything happening around us. They do not trust anything except the khappar which has become perfected through sadhana and through this khappar they drink reality and information of the world.

Hevajra as the deity of Vama Marga

As per ‘Siddha Dharma’, he is also Aghora. He manifested from Aghoreshwara himself, Mahakala Rudra. His path can also be perfected through Aghora. As mentioned earlier, he is Aghora because his path also encompasses the tamas element. Furthermore, the wrathful expressions in his face, the bluish body and nakedness also depicts Aghora element.

As per “Siddha Dharma”, there are some prominent Kapalikas. They are

As per “Siddha Dharma”, he is considered to be one of the foremost Kapalika who contributed to his lineage about Kapala sadhana. He was taken under the tutelage of Kapala sadhana by Mahasiddha Brihaspati Nath and he later became a Mahakapalika by perfecting “Vajra Yogini”. He revitalised the Kapalika sect and added many wisdoms to it.

As per “Siddha Dharma”, Mahasiddha Matsyendra Nath Ji is credited for revitalising and rejuvenating the Kapalika path to the public domain. He revived it by initiating various siddhas and also by reaching the society and initiating many common people to the lineage of Mahakapalika.

The “Mahakapalika Kalpa” is the magnum opus of “Siddha Dharma” when it comes to book related to Kapalika. This book has 6 sections which are listed below. 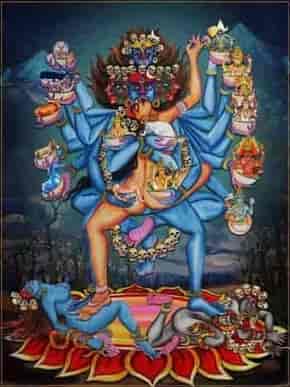 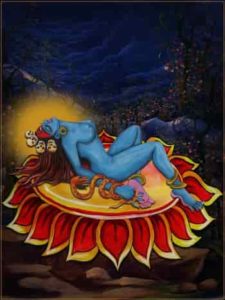 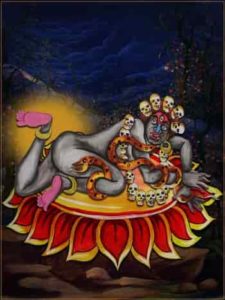 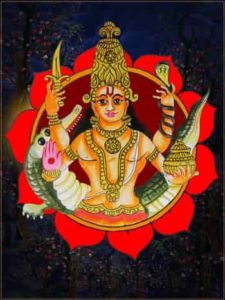 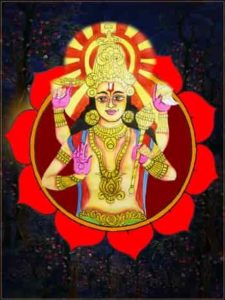 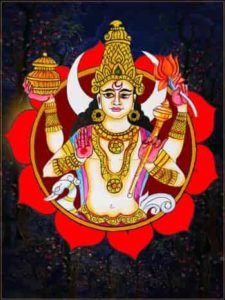 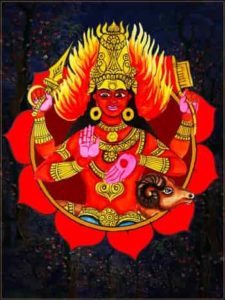 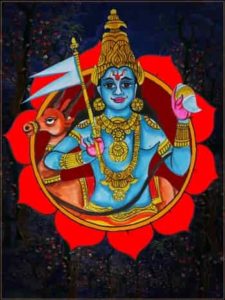 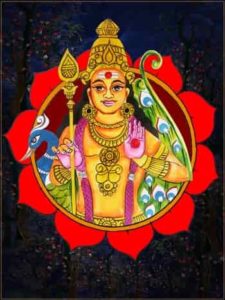 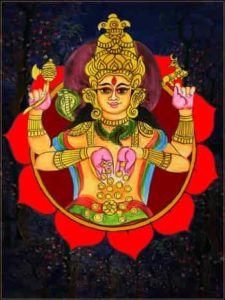 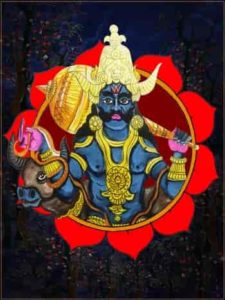 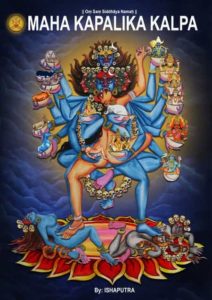