As per “Siddha Dharma”, he is portrayed with a potbelly signifying that he is the epitome of bhoga. He is of golden complexion which also means that he is ultra rajasic in nature. Furthermore, some folklore also mentions that one of his eyes is yellow which also symbolically denote his keen and astute vision for locating wealth and gold.

He is portrayed with one handing holding the “Akshaya Pushpa” which signifies that he has unending abundance, bliss, and wealth. His other hand holds a “Swarna Mudra Patra”, which means a vessel filled with gold. The two hands collectively signify that he has an abundance of gold such that it is always in abundance and is unending.

He is also portrayed with a golden mongoose which signifies his victory over serpents. In the tradition since ancient times, the treasures were hidden and Nagas were invoked for the protection of the treasures. The holding mongoose locates wealth for him and provides wealth by defeating the Nagas.

Furthermore, mongoose also signifies the unlocking (utkilana) power of Kubera to unlock hidden wealth. As per “Siddha Dharma”, he is portrayed with a yellow body with a lot of gold ornaments and a blissful face which literally signifies that he is someone with an abundance of wealth and bliss inside him. He is also believed to have owned the “Pushpak Vimana” before his half-brother Ravana confiscated it.

As per “Siddha Dharma”, Kubera is the half brother of Ravana as they both were the sons of Vaisrava Rishi but begotten by different mothers. His mother’s name was Ilavada, who was the daughter of Maha Siddha Bhāradwāja Rishi.
Importance of Kubera Deeksha
As per “Siddha Dharma”, it is believed that Goddess Lakshmi is the goddess who creates wealth, but the nature of Lakshmi (wealth) is very volatile. Money shouldn’t be confused with wealth because money is a modern-day concept which basically is a form of a negotiable instrument that carries a value. In the olden days, wealth was basically of two types, anna (grains) and dhana (gold). Kubera is believed to have the abundance of both forms of wealth because he is the master of managing wealth. He is the deity who has a keen interest in maximising wealth by making the best use of wealth. The wealth under him multiplies therefore is never-ending.

As per “Siddha Dharma”, Kubera is also believed to be the deity who has absolute control over Lakshmi. He is someone who manages Lakshmi to her full potential.

As per “Siddha Dharma”, there is also, a story where Lord Vishnu borrows some money to marry Goddess Lakshmi therefore; there is a tradition of people offering golds in Tirupati Balaji temple so as to aid the great gods of the god, Lord Vishnu to pay off his loans. This also signifies that he was more like a financial bank equivalent to the gods in pristine and traditional times.

As per “Siddha Dharma”, the Kubera Deeksha was revealed to the Siddhas by His Holiness Mahasiddha Matsyendra Nath Ji. He is believed to have infused the wisdom of Kubera in Kaulantak Peeth in Kali Yuga.

The authentic tradition of Siddha Dharma believes that the Kubera Deeksha Sadhana was first revealed to the whole world through Manikandhara, the army general of Kubera himself. The Deeksha was popularized by Mahasiddha Jwaal Loma Nath as he learned it from the Yakshas, it worked on it exponentially and then infused into the lineage of Kaulantak Peeth.

As per “Siddha Dharma”, the the authentic text of Kubera Deeksha is Kubera Tantra Saar Granth which was written by army general of Kubera. It is in the process of being rewritten under the tutelage of Mahasiddha Ishaputra because it only existed in the guru-disciple lineages of Kaulantak Peeth. 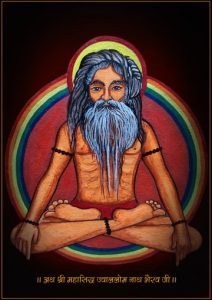