Pratyangira is a ferocious goddess who is believed to have the head of a Lion and the body of a woman. She is the goddess of protection and counter attack. She is such a vajra shield that nothing can ever pierce her veil of protection.

From time immemorial, she has always been used and invoked for protection from the enemies and black magic. She is also invoked for counter attacks.

She is believed to be one of the emanations of Mahayoga herself in the form of tamas.

Pratyangira is made up of two words, pratya (प्रत्य) and angira (angira). As per the revelation of ‘Siddha Dharma’, Devi Pratyangira was perfected by two Rishis who performed her sadhana extensively, Maharishi Pratyanga Nath and Maharishi Angiras Nath. The Maha Yogmaya Devi herself declared that she would be known by the name “Pratyangira”, which is the joint name of Pratyang and Angiras so as to highlight their achievement in the field of “Pratyangira Sadhana”.

The nature of Pratyangira Devi

From the pragmatic view of Pratyangira as per ‘Siddha Dharma’, she is considered to be the opposing action of every tantra attacks. She is also the anti-dote of dreadful Kritya powers and Dhumavati Mahavidya. She has the power to neutralize even Dhumavati Mahavidya.

As per ‘Siddha Dharma’, she is the goddess who has the head of a lion and the body of a woman which signifies that her lion head represents animal instincts like wrath, fierceness and woman body is the symbol of shakti. Her ferociousness is fanned by her shakti and in front of which no clinkers of anything can ever stand. In front of her ferociousness, no tamas can ever prosper. It is the annihilation power which destroys tamas, just like anti-venom neutralizes venom.

She is basically portrayed as ‘bluish black’ symbolizing tamas. Her lion head denotes her to be unconquerable by any force in this universe.

Stories relating to the origin of Pratyangira

There are basically two stories which pertain to the origin of Pratyangira.

As per the scriptures:

The scriptures attribute her origin to be the neutralizer of the power of both Hari and Har i.e. Vishnu and Shiva. In the scriptures, when Lord Vishnu took the tamas avatara of Lord Narsingh, he was not happy even after slaying Hirankashyapu with his bare hands. The inner impulsiveness or wrath didn’t let Narsingh control his urge to slay every negative minded person in that yuga.  He was unstoppable. The gods then prayed to Lord Shiva for his mercy to tranquilize the Narsingh avatara. The lord of the lords, Mahadeva then took the form of ‘Sharaba’, one who is half lion and half bird. They both fought extensively and for a long period of time with no results.

As per ‘Siddha Dharma’

As per the legend of Siddha Dharma, when Ma Parvati and Lord Shiva were having a conversation in their abode, Kailasha, Ma Parvati as always out of curiosity asked her lord if there was any power which was impenetrable and undeniable which could stand against the powers of Kritya and Mahavidyas. Her Lord and Guru Mahadeva replied to her that she herself is a Yogmaya and within her all the Shakti of the universe resides. One such Shakti or power which resides in her is the “Pratyangira” Shakti.

Mahadeva then compassionately explains her that the “Pratyangira” form is the most powerful of all. She is the epitome of highest opposing force of this universe which could oppose anything with ease and yet not be affected. She has the power to subdue anything. Ma Parvati then asked her lord to manifest the power to which he replied that the power is all over the universe and also inside her. Since the universal power resides inside her, the power can be best realized from delving deep.

Mahadeva then asks her to close her eye and delve deep inside to become one with it. When Devi through Samadhi realizes her inner potency of that supreme power, her body transforms and her eyes become red hot with rage emancipating through her body. She then becomes uncontrollable with that power to destroy and subjugate any powers of this universe.

At her pinnacle, Lord Mahadeva asks her to control herself because through her, the power emanates and her power should not take over her. Power should always be controlled and she being the Shakti should control her powers. Hearing the awakening call, she then comes back to her original form and proceeds to enquire about the mantras and yantra of the “Pratyangira Sadhana”.

As per ‘Siddha Dharma’, she has two basic forms. The first one is the regular Pratyangira and the other is reverse pratyangira.

As per ‘Siddha Dharma’, this form of her is the most prevalent form that people mainly worship. This form is mostly worshiped as an anti-dote to tantrika attacks and to obtain an impenetrable shield which protects the worshipper.

Viparit Pratyangira is also known as reverse Pratyangira. She is called so because she has the power to deflect the attacks to the source. She is believed to reverse the route of the evil forces back to attack the person who set it in motion.

Another form of Pratyangira is her cruel form. She is non-forgiving impartial force which doesn’t discriminate between her followers and foe when it comes to destruction. She destroys everything mercilessly because it is her nature to do so. She destroys other tamasic force completely.

As per ‘Siddha Dharma’, she is believed to be the antidote of Kritya attacks. A Kritya is the tamasic goddess goddess who has the power to inflict havoc and create destruction of anything in no seconds. The Kritya are compared to ‘angara’ or clinkers because they do not reflect beauty but pain. She has that inert ability to neutralize all the evil effects of Krityas.

As per ‘Siddha Tantrika Jyotisha’, Pratyangira has a very pragmatic use to nullify the malefic effects of nine planets. The most common pragmatic usages of her in tantra are:

Angaraka Yoga is formed when Rahu confluences with Mars in any house of the kundali. Rahu is believed to be the shadow planet of Saturn and it incorporates exactly the attributes of it. Therefore, Rahu is also predominantly vayu (air) planet. Mars is by nature hot planet denoting the embers, flames and clinkers. The confluence of Rahu and Mangal makes the Rahu fan the embers of Mangala giving it a more ferocious and wrathful power.

The ‘Siddha Dharma’ believes that Pratyangira is the best antidote to Angaraka Yoga that she can destroy and nullify the effects in no seconds.

The ‘Siddha Dharma’ also uses her powers to nullify various malefic powers of the nine planets. She protects her worshipper from malefic effects of whole nine planets and other unforeseen effects.

Pratyangira is also worshipped in Vajrayana Buddhism or tantric Buddhism by the name of ‘Simhamukh Dakini’. As per Vajrayana she is believed to be a Dakini but ‘Siddha Dharma’ believes her to be the wrathful manifestation of Maha Yogmaya herself.

She holds a very prominent place in Vajrayana Buddhism as she is believed to be one of the personal deities of their first Guru, Guru Rinpoche Padmasambhava. He used to cultivate her in her daily practice.

The ‘Siddha Dharma’ Pratyangira, as well as Simhamukh Dakini of ‘Vajrayana Buddhism’, resembles fully because they both have the power to reverse the course of tantric spells back to their source. 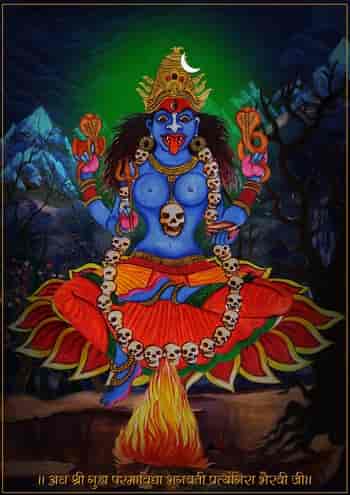 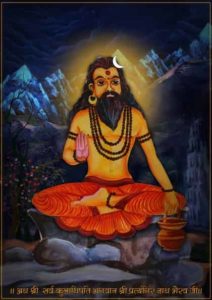 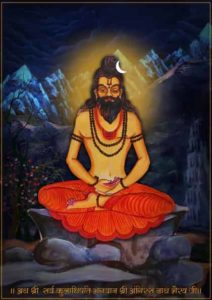 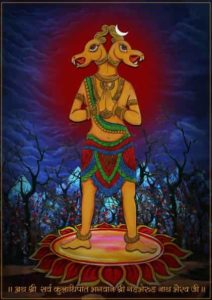