Introduction of the Peeth

“Kaulantak Peeth” is predominantly a tantric Peeth but is also the abode of various other oriental wisdowms like Yoga, Karmakanda, Mantra, Ayurveda, Yuddha and Sastra Vidhya, Jyotish etc. Tantra holds the most prominent place among the wisdom forms. Tantra is practiced through “Kula” or “family”. There are more than 250 Kulas in the Himalayas which practices Tantra. “Kaulantak Peeth” also means (kula + antya) i.e the place where all Kulas end. It is like the Crown chakra on the forehead. The crown chakra has thousand spokes and similarly the Peeth also has the thousand mountain peaks. If Earth and Human body is to be compared, the crown chakra is the pinnacle of human existence while as the “Kaulantak Peeth” is the pinnacle and ultimate place of the whole civilization. Systematically, there is no difference. To reach the crown chakra, the “Kula Kundalini” has to pass through many chakras and when the “Kula Kundalini” shakti merges with the Shiva in Crown Chakra, the “Kula Kundalini” ends and only Shiva remains. Similarly, this whole earth is like a human body and there is this “Tantra Kula”. The “Tantra Kula” is practiced everywhere in the globe but when it reaches the “Kaulantak Peeth” i.e the crown chakra of the globe, it ends there and it isn’t just confined to the “Tantric Kula” but a search beyond that. The real penance then starts.

Some notable mentions in scriptures:

Some of the mentions in the scriptures are as follows:

The above verse from “Kulantak Peeth Mahatamya” literally translates as “Now I will explain the best Peeth of all the Peeth, “Kaulanta Peeth”. The Peeth, under its shelter, the great sages achieved perfection and the place where lord Shiva took the avatara of the nomad jungle tribe  as “Shabar”to bless Arjuna. The place where Vipasa and Parvati River flows”.

The above verse translates as, “At present, it is located at north east of Jallandhar Peeth and southern area of “Hemkut Mountain”. The holy place of Vyasa is in its north, “Bandhuko Mountain” on its south. The holy Vyasa River flows at the western part and Pashupati is in the eastern part. The presiding deity is the Goddess Shabari and its most important mountain is the “Indrakilam Mountain”.

Kaulantak Peeth is by default a Tantric Peeth but it also specializes on various other disciplines as mentioned above. Tantra is practiced in “Kulas” i.e “the family”. Therefore, the Peeth harbors different Kulas and the Peeth provides freedom to the “Kulas” to practice and perfect their sadhanas. Out of all the Kulas, some few people are selected and they compete with each other to become the “Peethadhiswara” or the “face” of the Peeth. The current Peethadhiswara is, His Holiness “Kaulantak Peethadhishwara Mahayogi Satyendra Nath Ji Maharaj” (Ishaputra).

The “Kaula/Siddha” lineage is not a recent lineage established by any wandering saint. It even predates Lord Krishna. The Kaula/Siddha lineage is mentioned in Bhagawat Geeta as well.

“Amongst trees I am the banyan tree; of the celestial sages I am Narada. Amongst the Gandharvas I am Chitratha, and amongst the Siddhas I am the sage Kapil.” Geeta 10:26

He is the current head of the “Kaulantak Peeth”. At this day and age, he is synonymous with the Peeth. It is through him that “spiritual discipline” is being revived. He with his compassion imparts the wisdom of the Peeth to few selected Bhairava and Bhairavis. He is the Guru’s of Guru and he is the only “Siddha Guru” left today. With the blessings of his Guru “Maha Siddha Siddha Sidhanta Nath” blessings and through his relentless hard work and sadhana he is the current head of the Peeth.

He descended to the physical world on 23rd August 1983 at Larji, Himachal Pradesh, India. It is the place of confluence point of three rivers i.e Tirthan, Bipasha and Parvati. He was spotted by his guru “Maha Siddha Siddhanta Nath Ji Maharaj” and then he was initiated into the “Kaula/Siddha” lineage at a tender age. It might be a coincidence but the date he was initiated to “Kaula/Siddha” lineage it was the start of a new year that means it was 1st January. So every year he celebrates 1st January as his Diksha parva. His Holiness also followed the same tradition and he started giving initiation from 2nd January publicly.

There have been some notable Peethadhishwara in the past which the world doesn’t know. It is not known because it has not been revealed to the public. The “Peethadhishwara” have significantly contributed to the Peeth by adding some of their own research and sadhanas. Some of the notable peethadhishwara are :

He is the eternal Peethadhishwara of Kaulantak Peeth. He was given the duty of care taker of the Peeth by Lord Shiva himself. It is his through his guidance that the Peeth has reached to us till today. He is one of the leading Guru Mandala of the Peeth. He is also the guru of “Siddha Kakbhusundi Ji, who is also one of the Siddhas of amongst the Eighty Four Siddhas.

He is also one of the eternal Peethadhishwara of Kaulantak Peeth. Though he is the also one of the head of the “Kaula/Siddha” lineage and he is proficient in all the discipline, his main expertise is Yoga.

The whole “Kaulantak Peeth” as well as the “Kaula/Siddha” lineage is incomplete without the mention of him. He is revered highly by our lineage because he revived the lineage. He descended down from the Himalaya to the society to uplift the Dharma. Without his effort, the society would have missed a great direction. He revived the “Oriental Wisdom” to its current status as of today. He revolutioned every discipline and then he imparted it to the society.

He is like the bridge between “Kaulantak Peeth” and the society. He opened its wisdom to common people, to the folks, to the woman, to the prejudiced sects without differentiating anyone based on culture, caste, creed and gender. Without him, the modern day “Kaulantak Peeth” is incomplete. He is also one among the “Nava Naths”.

Such reverence is beyond religion too. He is also held at a very high esteem by the Vajrayani Buddhist as “Avalokeshwara”.

Just like the sage “Kapila” is best among the Siddhas, similarly “Goraksh Nath is best among the Naths”. He was a very instrumental figure to have helped his Guru, “Maha Siddha Matsyendra Nath” to spread dharma in the sub continent. He was mainly known for establishing modern day Nath sect with the main focus on Yoga and “Shabar Mantra”.

He revived the “Shabar Mantra” discipline and spread the knowledge of Yoga. He is also believed to be the Guru of “Maha Siddha Vichar Nath” or “Bhrathari Nath” who is also amongst the Eighty Four Siddhas.

Maha Siddha Goraksh Nath is also one of the Nava Naths with his Guru Maha Siddha Matsyendra Nath.

In Tibetan Buddhism, he is revered as “Gorakshipa”, “Pa” translates as Nath. He is also the “Kula Guru” of the Royal family of Nepal.

Based on the stories that we Bhairava and Bhairavis hear from His Holiness, we can surely infer that it was through his orders and guidance that His Holiness came down from the Himalaya to give us the teachings of the lineage. He is like the director of any movie who is the controller of all the aspects of the movie but is not revealed. Similarly, he is the director of all the teachings and initiation that we receive but he doesn’t reveal himself to us.  Without his compassion, we are nothing but a leaf that falls down every autumn to degrade.

He is the unseen force of the Peeth and through his blessings the Peeth has never lost its direction and never shall it in million years to come.

The Peeth’s main aim is to revive all the Oriental wisdoms or the Santana wisdoms. It also works relentlessly to promote and spread Sanatana lifestyle, Sadhanas and various Sanatana disciplines like Yoga, Tantra, Mantra, Karmakanda, Jyotish etc for the betterment of all the living beings of the world.

It conducts monthly sadhana camp for those who are selected to pursue the path of sadhana. The selected procedure is very secretive and not revealed to anyone. It is believed that only those people get selected who are selected by Guru Mandala. So, the process is unknown and is so abstract that nobody can decode it. The first sadhana camp was conducted on January 2nd, 2012 and it has already conducted more than fifty sadhana camps in the span of six years.

It has pursued the goal of reviving and promoting our culture by conducting monthly sadhana camp in his birth state of Himachal Pradesh. People from all over India and the world visit every year to Himachal Pradesh for the divine sight of His Holiness. In the two days camp, the conclusion of the camp is always done by doing a local dance “Nati” which is believed to have been created by Lord Shiva himself. The camp promotes the local dance “Nati” as well as the traditional music system of Shehenai, Dhol etc.

It has also worked in the linguistic field by promoting “Tankari lipi”, the official lipi of Kaulantak Peeth. The dialect is also recognized by the Himachal state to be one of its languages. His Holiness has also written small introductory book about “Tankari Lipi” by explaining various variations of it at different places.

Kaulantak Peeth: The abode of the origin of all Mysticism. 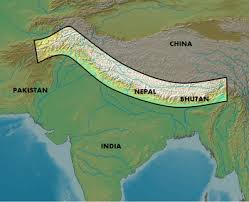